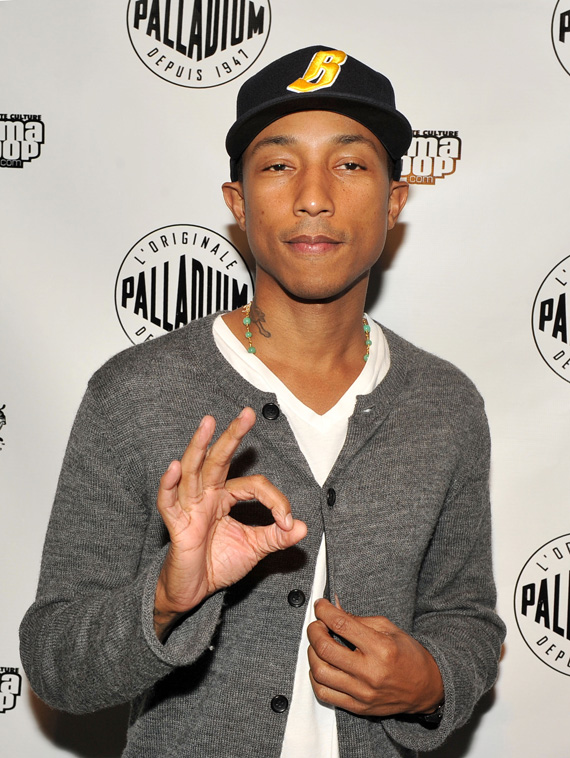 On Wednesday night there was a screening for Tokyo Rising – an urban exploration film with Pharrell Williams, presented by Palladium Boots. Tokyo Rising documents Pharrell as he explores Tokyo’s hidden treasures, interviews locals, connecting with some of the city’s prominent creative forces like Verbal and Yoon from Ambush- LOVE HER! and uncovers an inspiring resiliency in Tokyo, Japan in the aftermath of the events of 3/11. The film is part of Palladium’s Fall/Winter 2011 ad campaign that just launched yesterday.

“Palladium’s core message is about urban exploring and putting your boots on to find out what’s beyond the tourist guidebook,” said Barney Waters, vice president of marketing for Palladium. “Tokyo is one of the great cities of the world and we felt there was a whole layer of the city’s story that wasn’t being told in the aftermath of the natural disaster of 3/11.  We wanted to go back and see for ourselves how the young creative class was dealing with the aftermath, and what their vision was for the vibrant future of Tokyo.”

“I find great inspiration in Tokyo from the people,” said Pharrell Williams. “To me, the way that the Japanese people regard life and culture is completely unmatched. Tokyo is my second home and I jumped at the chance to come back and reconnect with friends during the exploration.”

This film just reminds me how much I love Tokyo and need to get back there immediately. There is something about being over there that makes you aware of how much better we all could be living. If you haven’t been, you need to take a trip over there NOW! Check out the film and shop Palladium Boots at www.palladiumboots.com.