This is it’s third season and now the two labels took inspiration from the stylistic elements of two sports: rock climbing and basketball. Repurposing iconic elements of archival adidas designs and charging it with Opening Ceremony’s signature Joie de Vivre. The clothing and footwear collection is the best of sporty chic, look out for the range starting this month to September.

I want it ALL!!! I need the jackets, tees, everything!! 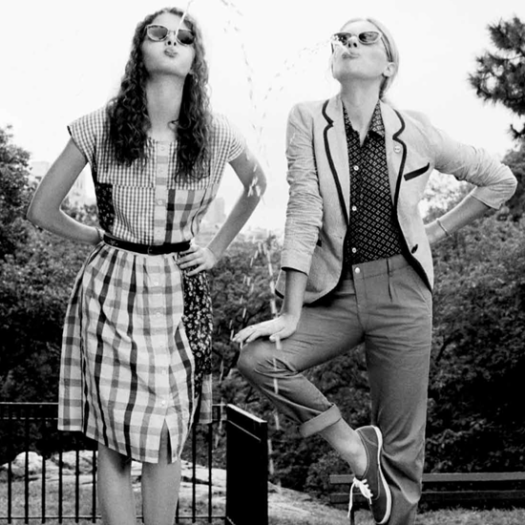 File this under Summer clothing we can’t wait to wear: the Keds Spring 2012 apparel collection is filled with peg-leg pants, colorblock knits, sporty tank dresses, and gauzy Swiss dot blouses — all with a slightly vintage, prepped-up spin. In other words, exactly the kinds of easygoing separates that make warm-weather weekend dressing a snap. Priced from $70 to $300, these supercute pieces are available now — but only at Opening Ceremony stores. Lov eit all! 🙂 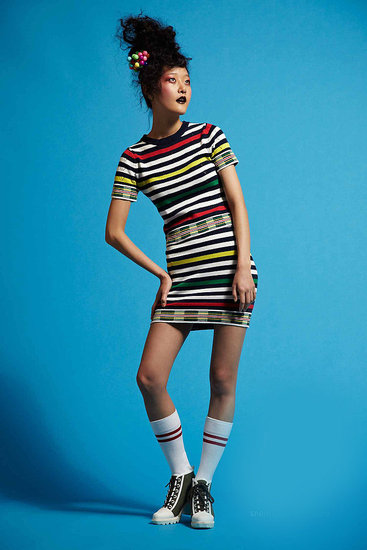 Fresh off dressing Chloe Moretz in head-to-toe Kenzo over the weekend, Humberto Leon and Carol Lim have unveiled their Spring 2012 Opening Ceremony collection, inspired by the major music festivals of the world, from England to the US to Argentina. Shot by Tim Barber and styled by Sara Moonves, Daiane Sondré, Hyoni Kang, and Camille Rowe model metallic anoraks, cat-faced dresses, and lug-soled suede sandals. The collection hits stores starting in February 2012.

Opening Ceremony and The Muppets are back! The collection consists of men’s and women’s button downs, knitted sweaters, hoodies and tees, my favorite piece is the Miss Piggy Ruffle Dress Shirt. Super cute old school collection.

The Muppets movie is scheduled to release on November 23rd, you can watch the trailer here. I can’t wait to watch the movie!

Opening ceremony has a lot going on for their carnival-themed Fashion’s Night Out bash in and around their Ace Hotel store location.

Firstly, the beloved indie department store will announce this year’s country of focus: Argentina. They’ll be partnering with 125-year-old Argentinean textile company Alpargatas to create limited edition shoes and clothing inspired by traditional Argentinean styles–in particular, they’ll be hawking jupe-soled Alpargatas (aka espadrille-like slip-ons), which, in case you hadn’t guessed, were pioneered by the company. Opening Ceremony will also carry Argentine designers, including JUNGLE Vi.Ai.Pi., Ale Sly, and Chicco Ruiz, to customize styles, colorways, and fabrications for the retailer and brand–all of which will become available this September.

Best of all though, is that Miss Piggy (yes, really) will be stopping by the brand’s store in the Ace Hotel this Fashion’s Night Out. Why you ask? To unveil her new collection with the brand, Muppets x Opening Ceremony a.k.a the best news I’ve heard all morning ! No word yet on what the line will include, but I’m hoping for some very fuzzy faux-fur coats and diva-worthy boas.

Other highlights from Opening Ceremony’s Fashion’s Night Out bash include live dance performances outfitted by Alexander Wang, Proenza Schouler, Suno, and Opening Ceremony; a raffle to win a PS1 hosted by the Proenza Schouler boys, a magic show hosted by the Rodarte girls; a Tumblr-sponsored photo booth that will have your pretty mugs uploaded in real time to the brand’s just-unveiled Tumblr, and so, so much more. 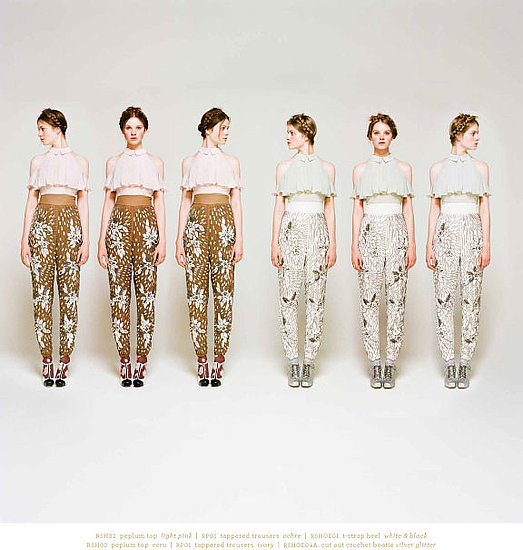 After teaming up with Opening Ceremony last season for the lower-priced and more everyday wearable Rodarte for Opening Ceremony collection, Kate and Laura Mulleavy are back for another round for Fall 2011. Full of silk prints, cable-knit sweaters, and pinafore-inspired dresses, a preview of the Scandinavia-inspired collection — modeled by twins Gwen and Donna Loos, and hitting stores and online in early October. 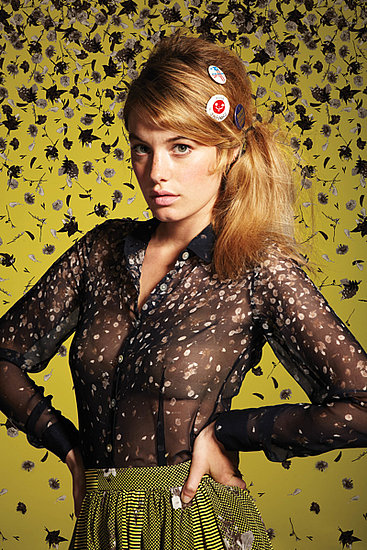 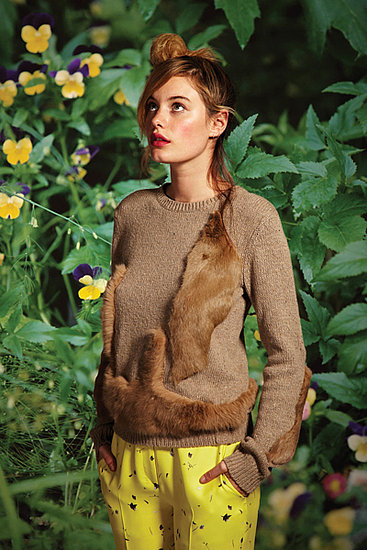 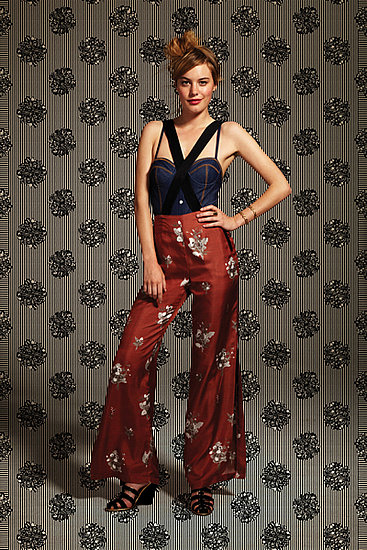 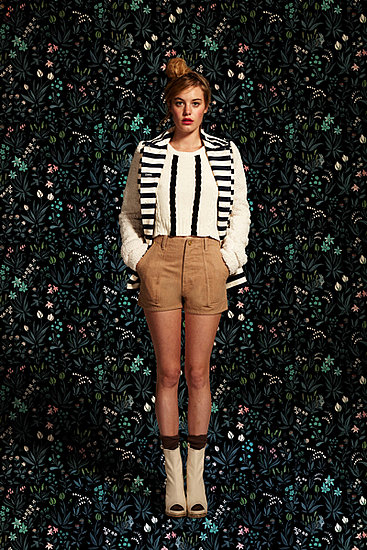 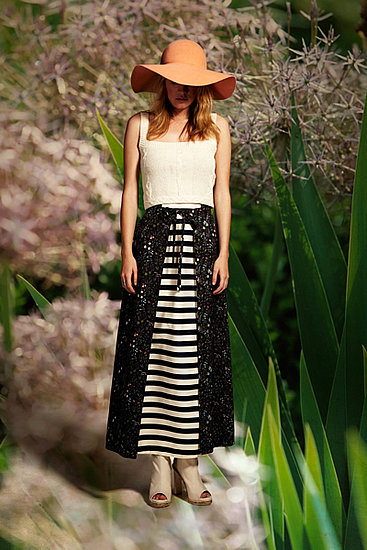 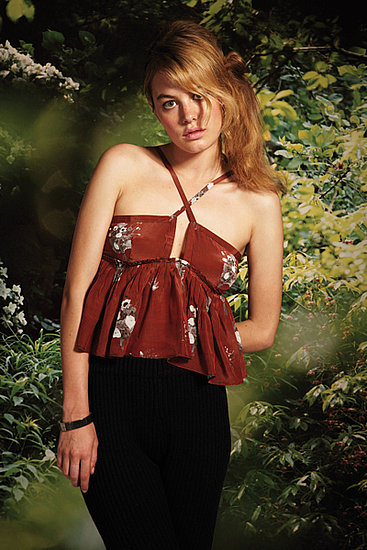 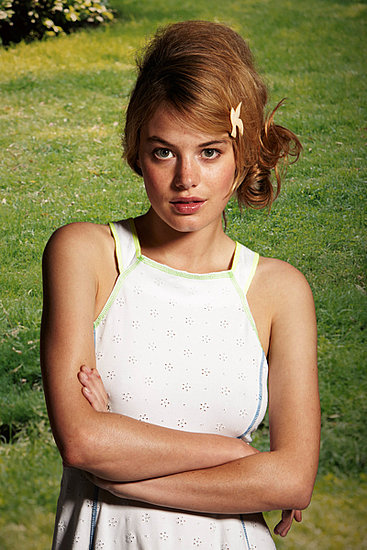 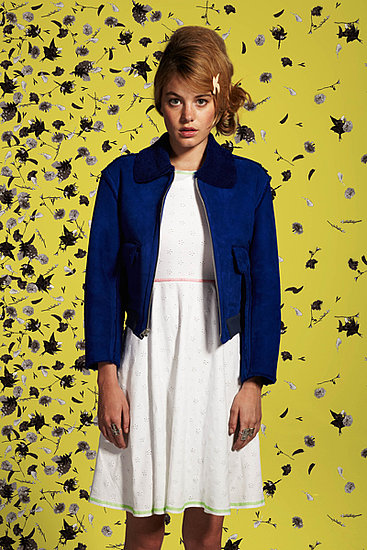 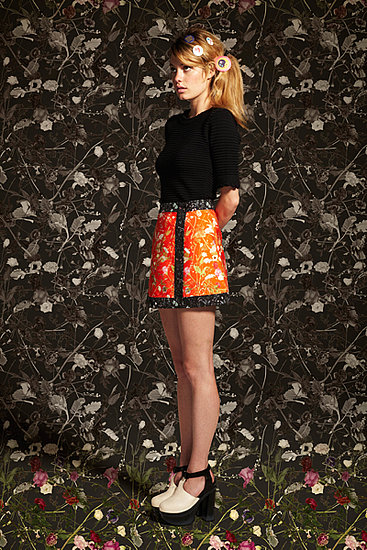 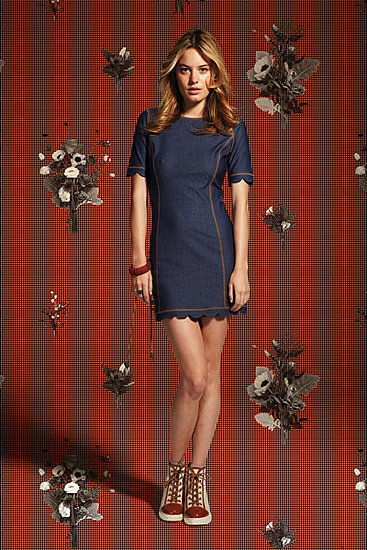 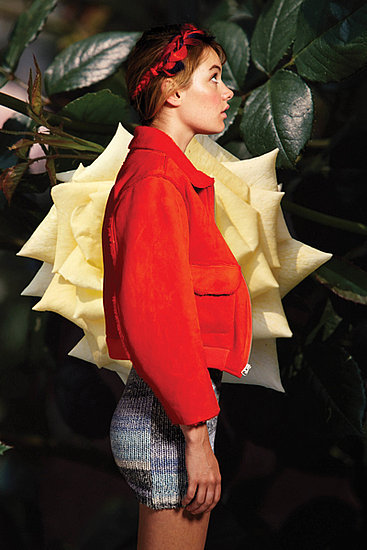 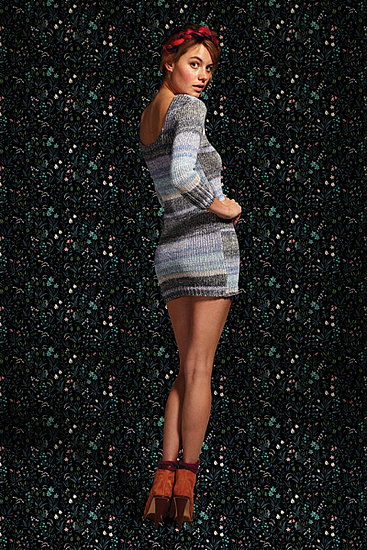 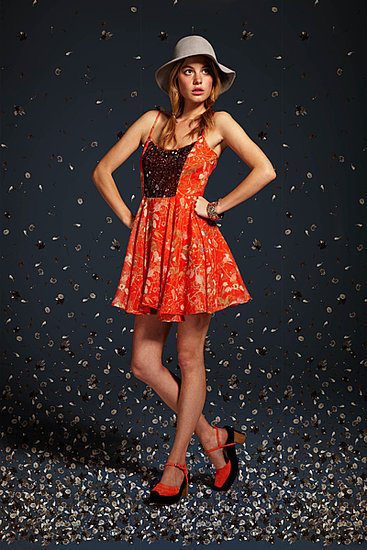 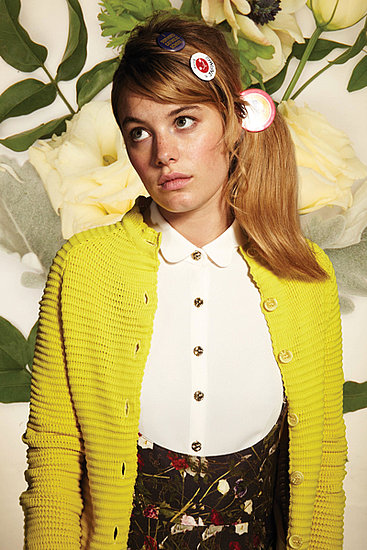 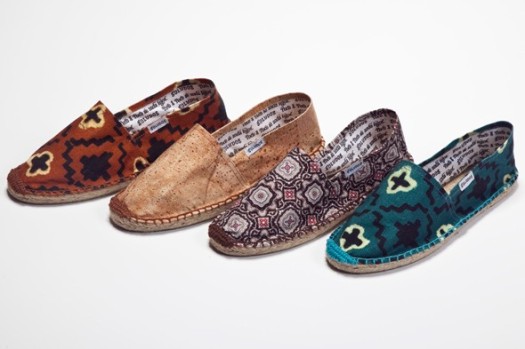 Collaborations are all too common these days, but when we discovered that Soludos founder Nick Brown was teaming up with Opening Ceremony, we knew this wasn’t just any old capsule collection.

The retailer is a fan favorite of trendsetters like Alexa Chung, Diane Kruger and Zoe Kravitz. In the past, Opening Ceremony has collaborated with Chloë Sevigny, Spike Jonze, Pendleton, Levi’s, Timberland, Keds, Rodarte and more. It comes as no surprise that they tapped Brown — the New York native is a travel junkie, with a knack for updating the traditional espadrille.

What is the story behind your line and why did you choose the name Soludos?
Nick Brown: I grew up spending summers in Spain as a kid, wearing classic jute soled espadrilles the whole time, and they’ve been on my feet ever since. They are such a summer staple in Europe but it used to be impossible to find a good pair in my current hometown of New York City. We launched Soludos in select retailers last summer in New York, Los Angeles, and the Hamptons and then down under in Australia last September.

My favorite times of the summer involve a few friends gathered over casual drinks on a lazy summer afternoon, so I wanted to try to capture that feeling in a name and to give a nod to the Spanish heritage of the shoes. With that, “saludos,” the Spanish word for “cheers,” and “sol” for sun were combined, and “Soludos” was born!

How did the Opening Ceremony collaboration come about?
NB: I met with the folks at Opening Ceremony a year ago and we did a small collection of black velvet Soludos for the opening of their store at the Ace Hotel in New York. They are an incredibly cool and creative group, always eager to put a twist on the conventional and traditional way of doing things. So for this summer they designed some beautiful bold exotic print fabrics for an exclusive collection of Soludos espadrilles for Opening Ceremony stores.

What are your travel essentials?
NB: Canon G12 camera, Olasul board shorts, Soludos shoes, a notepad and a kikoy.

What is the best purchase you have made while traveling?
NB: A rustic wooden backgammon board I bought on Elias Beach in Mykonos a few years back. I have won and lost countless games, spilled quite a few drinks, and shared so many laughs on that set. I take it everywhere with me.

Where is your favorite place to eat when you come home to NYC?
NB: Westville is a local gem in the West Village. They have simple, delicious food and fresh produce at an honest prices. Brinkley’s in Soho for a few beers and a quick bite is hard to beat.

What is your favorite summer destination?
NB: Definitely Mykonos, Greece. You can’t beat the energy on the White Island in June or July.

What is your soundtrack for the summer?
NB: Quite an eclectic mix, but this is what’s on my iPod at the moment:
“Miami” – Foals
“Do It Again” – The Beach Boys
“Satellite” – The Kills
“Need You Now” – Cut Copy
“Entre Dos Aguas” – Paco de Lucia

The Soludos x Opening Ceremony collection will retail for $30 and will hit the retailer’s top locations in NYC, Los Angeles, Japan and online at openingceremony.us.

I love Opening Ceremony collaborations and looks like they’ve tapped yet another partner, this time with Lane Crawford. The entire Lane Crawford store will be curated by a specially appointed partner and features an assortment of celebrated designers, artistic collaborators and cult-famous partners. Also Opening Ceremony will launch an exclusive “Opening Ceremony x Lane Crawford” Capsule Collection featuring its best-selling items refashioned in new fabrics and colors. 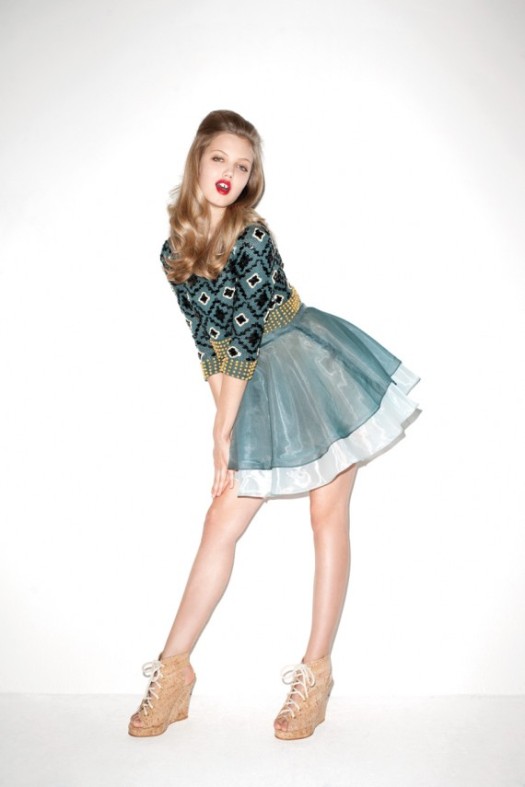 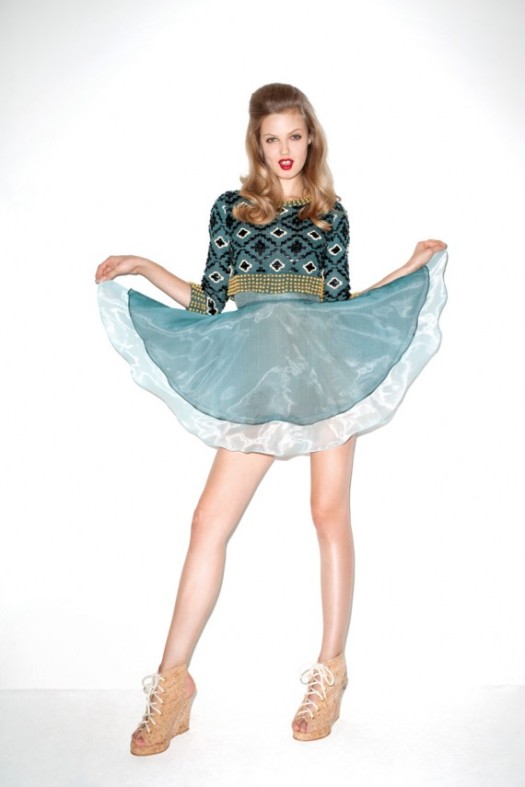 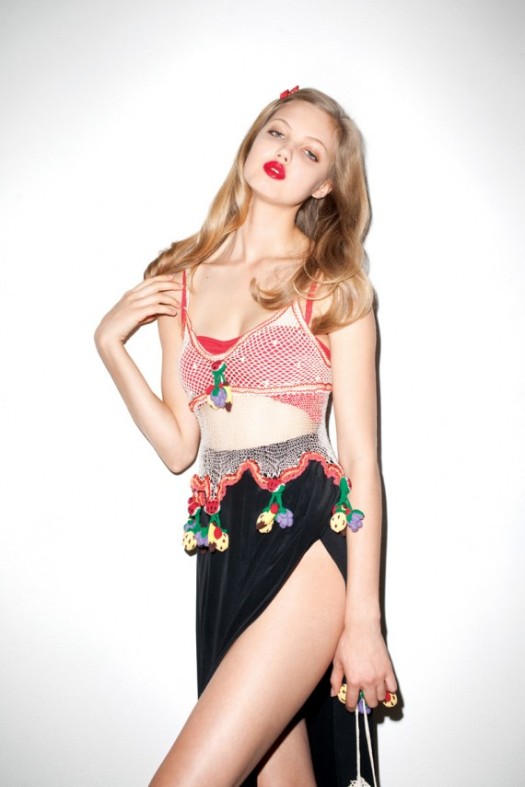 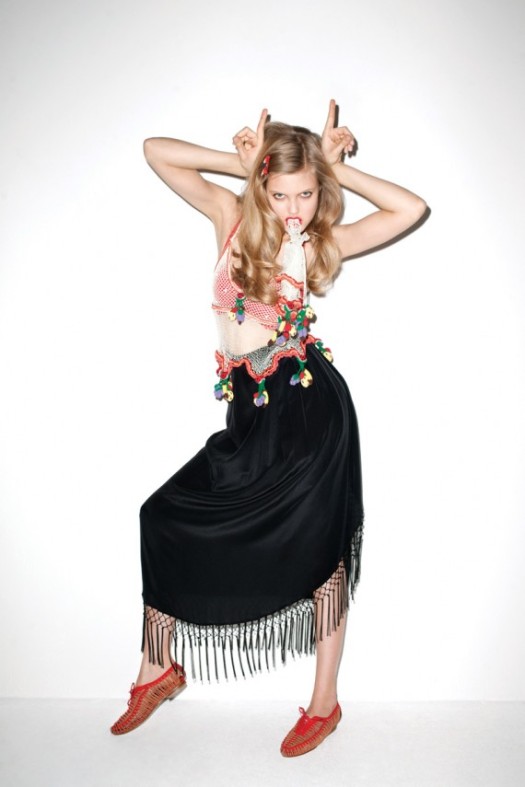 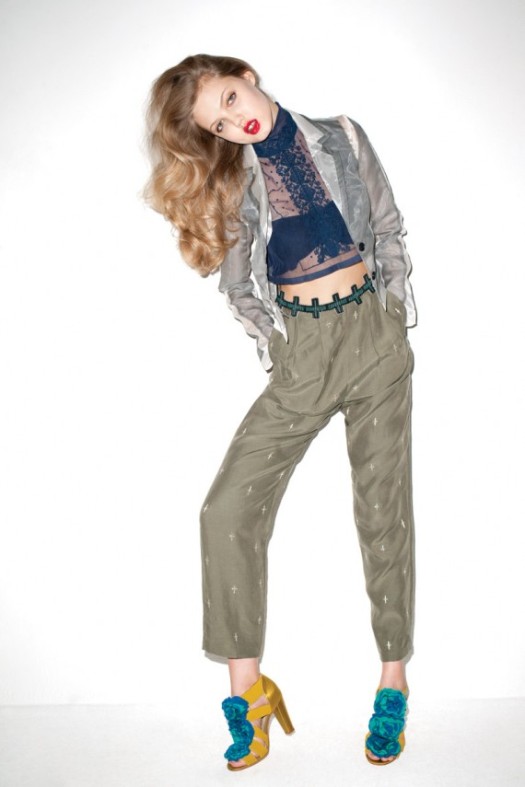 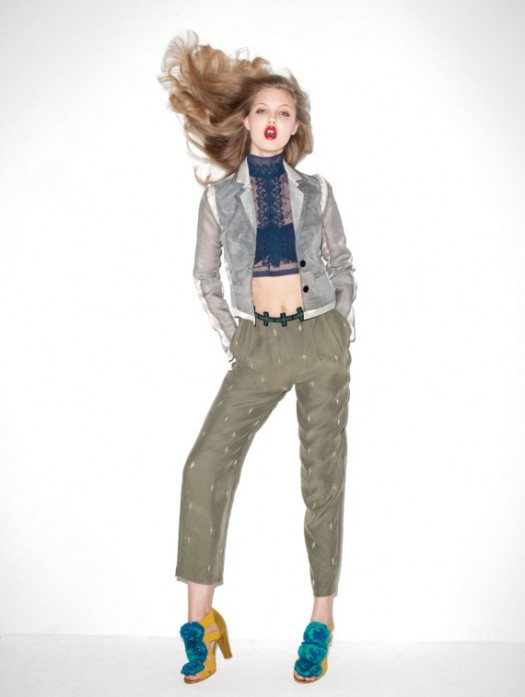 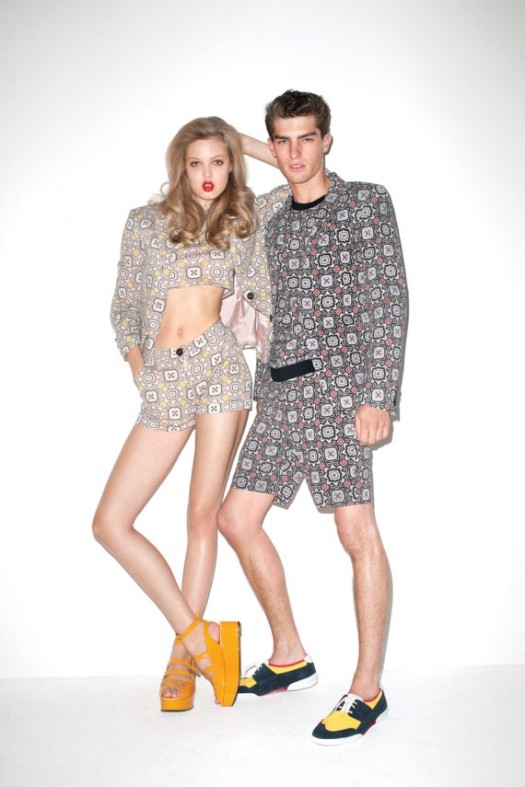 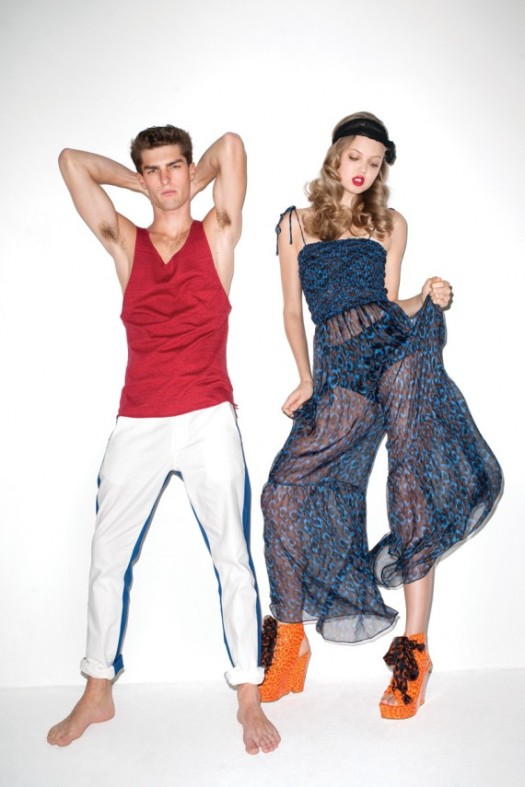 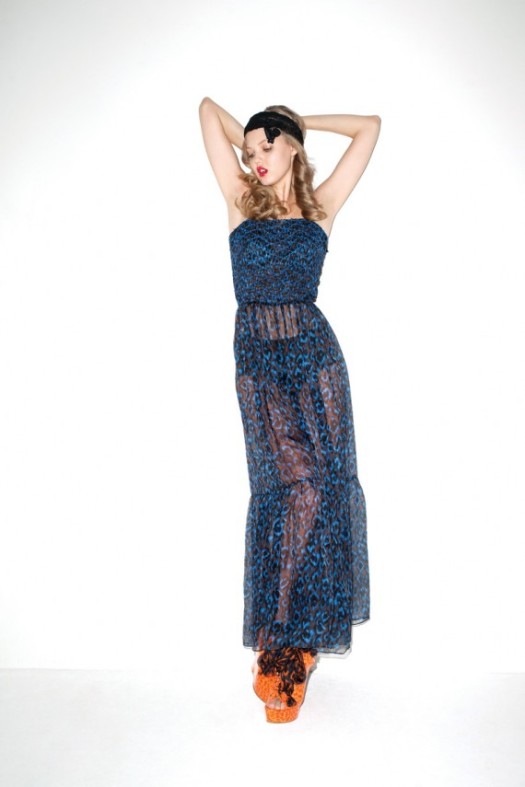 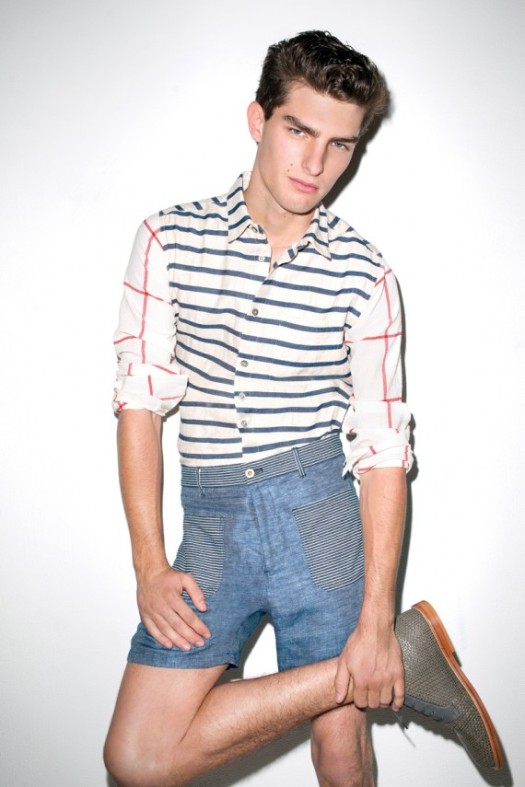 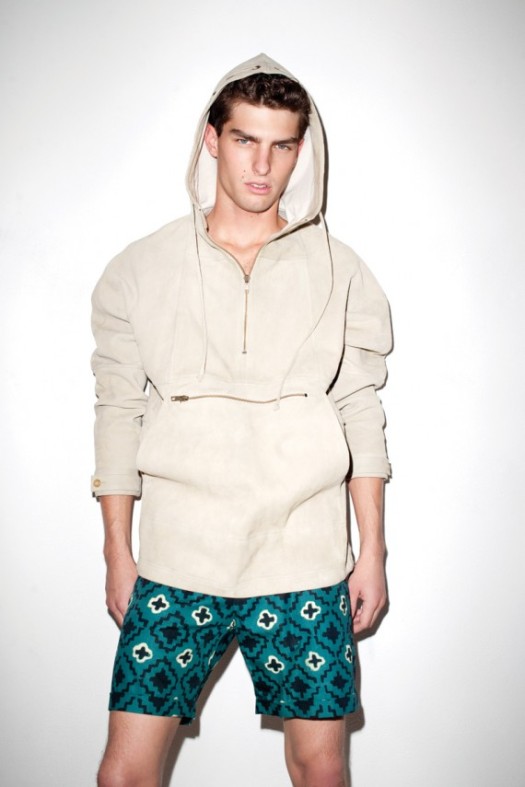 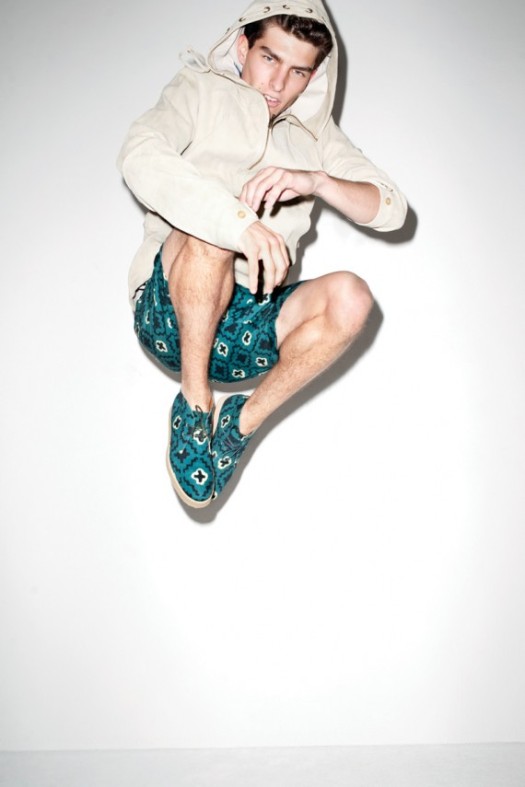