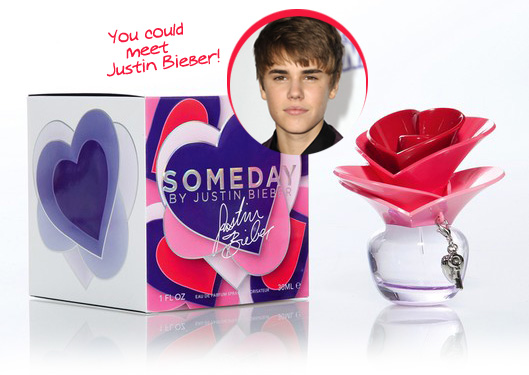 Justin Bieber‘s highly anticipated fragrance launched yesterday at Macy’s! You can now own a Marc Jacobs rip-off bottle of your very own. There has been so much leading up to the release of Someday, from an experiment with scented dog tags, to a WWD announcement, to a commercial and ad campaign starring Dree Hemmingway, and Justin Bieber has just announced to his Twitter followers that he will be making a promotional appearance at Macy’s Herald Square tomorrow!

No word yet on what time the Biebs will be making his presence known, but that doesn’t matter. Gothamist reported there were already 15 people in line a mere hour after Bieber sent out the tweet 2 days ago!! This is going to bonkers, you guys!