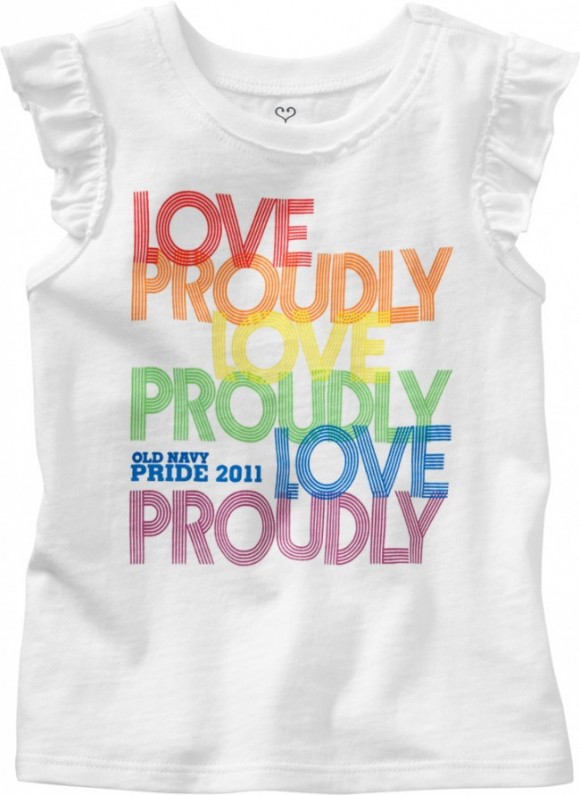 Old Navy, taking a cue from…oh wait, NO OTHER MAJOR RETAILER EVER, is launching a line of rainbow-themed Pride shirts next Monday. Four designs will be available, sized for men, women and babies. And Old Navy will donate 10% of the proceeds to the It Gets Better Project(aka the source of all those YouTube videos that make you bawl your eyes out).

While several high-end designers (like Kenneth Cole and Marc Jacobs) have come out with limited-edition fund-raising tees and apparel in support of marriage equality, and perpetually edgy/skeevy American Apparel has that “Legalize Gay” shirt, Old Navy’s move seems especially ballsy to me. This is major, major chain, putting the idea and emblem of gay rights right in front of teens who probably attend schools that won’t allow gay students to attend prom together, or who will get sent home for wearing such a “disruptive” shirt in the first place. In other words, AWESOME. 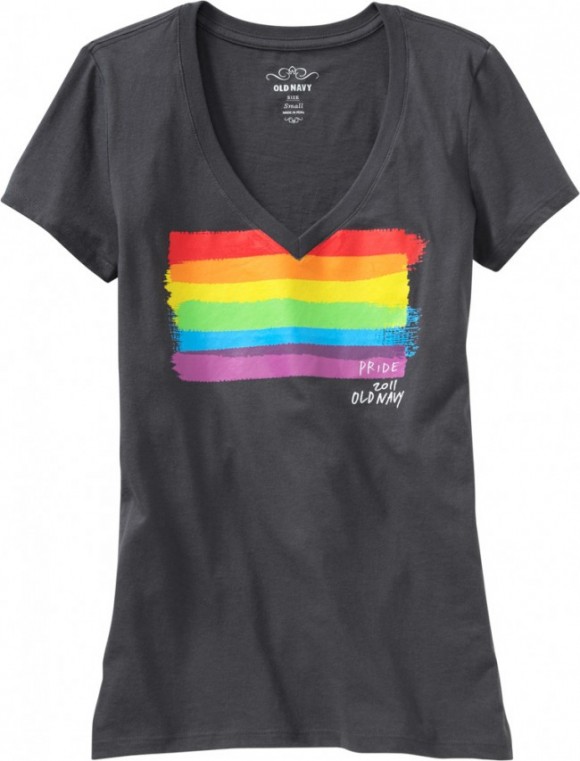