Is this what fashion has come to? Last night, host of America’s (and Canada’s) Next Top Model, Jay Manuel debuted his much-hyped collection for Sears. With top dollars spent on splashy campaigns and a media circuit run that would make your head spin, Manuel’s new line ATTITUDE left a lasting first impression.

The show, which ran an hour late, opened with a mini-montage that documented Manuel’s deep involvement with the label, from concept to completion. From sketching to sewing, the clip almost had us fooled that Manuel created the pieces himself, but alas his title still read “Creative Director.”

As the lights dimmed and music blared, the first look hit the glossy black runway and the show’s “special guest” arrived, veteran model Yasmin Warsame . What followed Warsame’s power strut were a string of work wear looks that spoke to the masses. From mundane to matronly, Manuel’s high fashion taste didn’t seem to cross the border.

But where were those references to “worldly inspirations” that influenced the collection? Perhaps it was Manuel’s nod to fallen star John Galliano and the boudoir make-up from his Spring 2011 show in Paris. Although the look was flawless then, Manuel paired the finger waves and penciled brows with oddly belted purses and faux-fur apparel.

After 37 looks, and a model who geisha-ed down the runway, Manuel (dressed in a Tom Ford suit) took his bow to an awe struck crowd. Although some looks weren’t to my liking, others were very striking and perhaps a great new look for Sears.

I am excited to see what looks he has in the coming seasons.  It’s been confirmed the silver-haired host will bring us many collections to come. 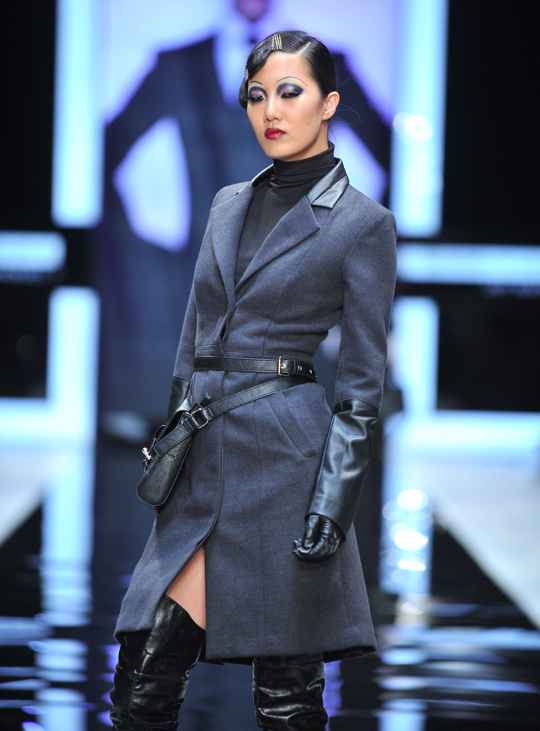 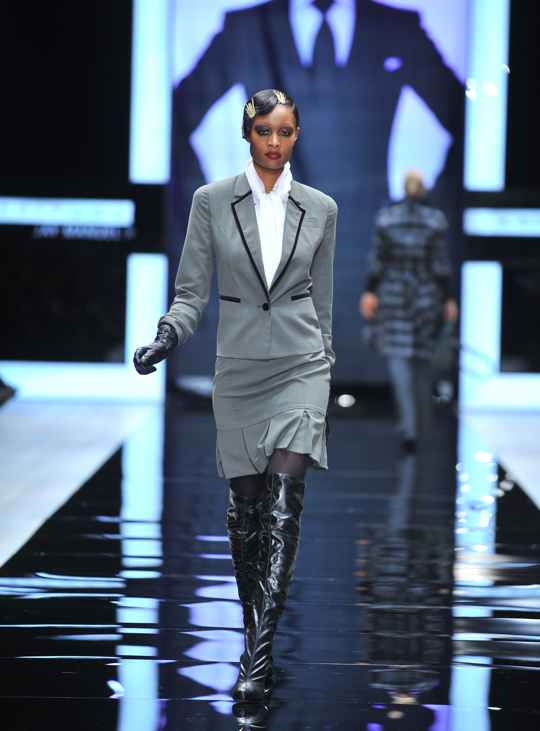