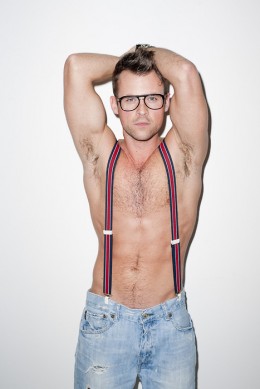 It was only a matter of time. Rachel Zoe‘s former assistant Brad Goreski, whose bow ties often stole a little of Zoe’s spotlight on her own Bravo series, has landed his own show on Bravo called It’s a Brad Brad World.

According to the release I  just received from Bravo, the show will follow Goreski “as he embarks on his new solo career as a stylist…and tries to maintain his personal life.” Cameras will trail Goreski as he hits up Paris fashion week, Cannes, the men’s runway shows and couture.

Goreski has certainly stepped up his styling game since parting ways with new mommy Zoe. He styled Kate Spade’s fall presentation, has styled numerous for In Style and Harper’s Bazaar, is rumored to have stolen Demi Moore away from Zoe, has snagged Jessica Alba as a client, and did some funny stunt during New York fashion week that involved fake fashion police.